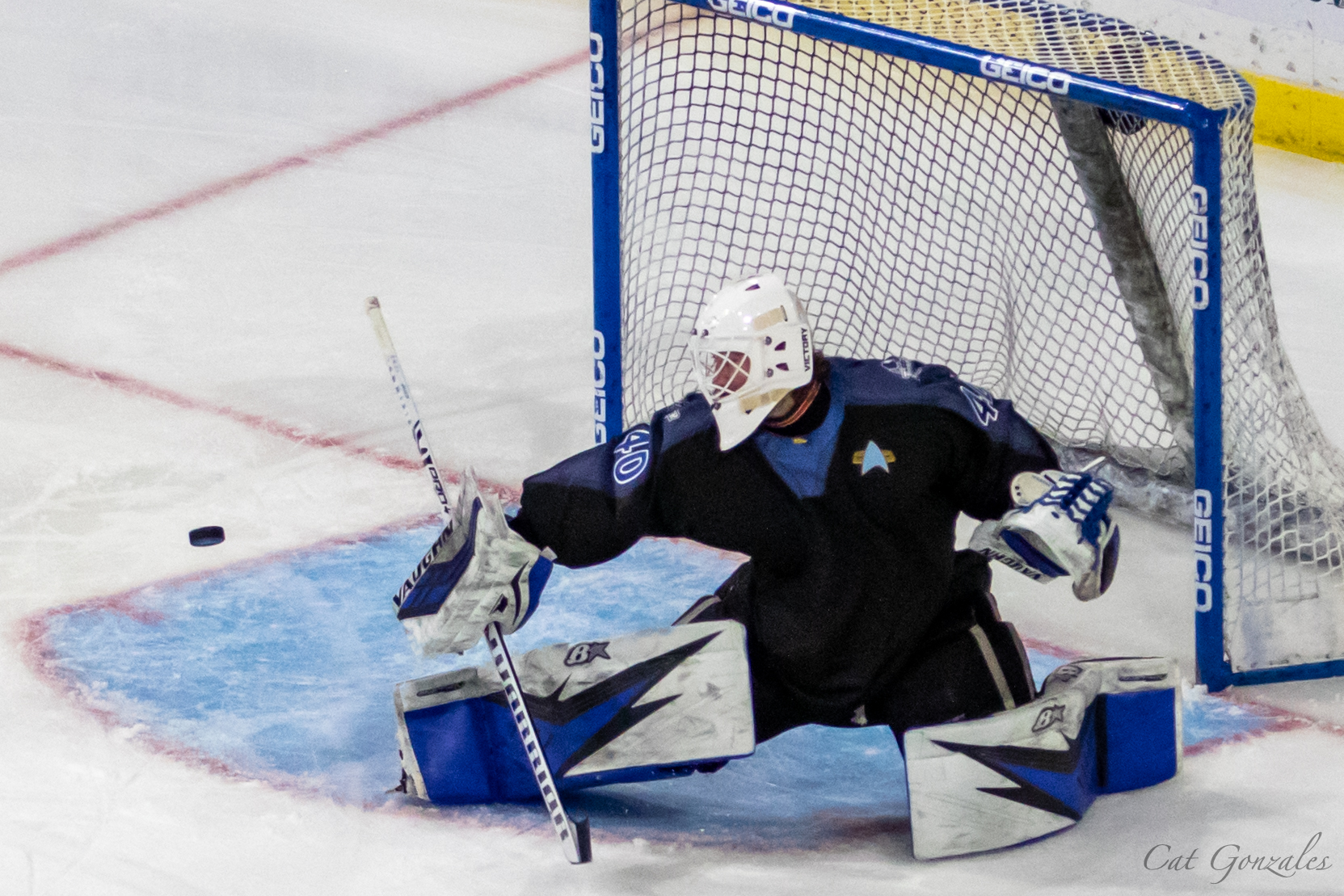 Wichita entered the contest winners of their last two, helped by Tuesday night’s four-goal comeback effort against Rapid City. Utah, however, came to INTRUST Bank Arena losers of three of their last four.

Both sides spend considerable time feeling the other out in the first, while goaltenders Weninger and Kevin Carr put on a clinic including an instant Save of the Month contender.

The game remained scoreless into the first intermission, Utah with a 13-7 shot advantage.

Wichita did not take long to get things starter in the second as Thunder points-leader Anthony Beauregard scored his 11th of the season, tying him with Stefan Fournier for the team lead. The play came from a broken defensive play in front of Carr’s net that left a loose puck at Beauregard’s feet.

The Thunder controlled the pace throughout the next few minutes, including a decent powerplay effort about four minutes in. The lead doubled as the game approached the halfway point as John Albert fed a puck to the crease, where Beau Starrett tapped the puck past Carr.

For the next 10 minutes, the game returned to a pretty even affair, both squads finding odd-man rushes but failing to convert. After penalties by Jack Jenkins and Beauregard just five seconds apart, the game saw significant 4-on-4 action. Halfway through the 4-on-4, rookie Stephen Johnson found nylon for the first time in his professional career as he threw a couple of back-to-back point-blank shots on Carr.

The second concluded 3-0, Wichita outshooting Utah 19-13 in the period. It was the third period where the Thunder’s stifling defense made itself known.

Time ran out for Utah, who opted to not pull Carr at any point. Wichita held on to the 3-0 scoreline to assist Weninger to his first professional career shutout, stopping all 38 Grizzly shots. Carr took the loss, allowing three goals on 29 shots.

Utah outshot the Thunder 38-29, including a 12-3 mark in the third. Wichita finished 0-for-3 on the powerplay while Utah failed on all four of their attempts. 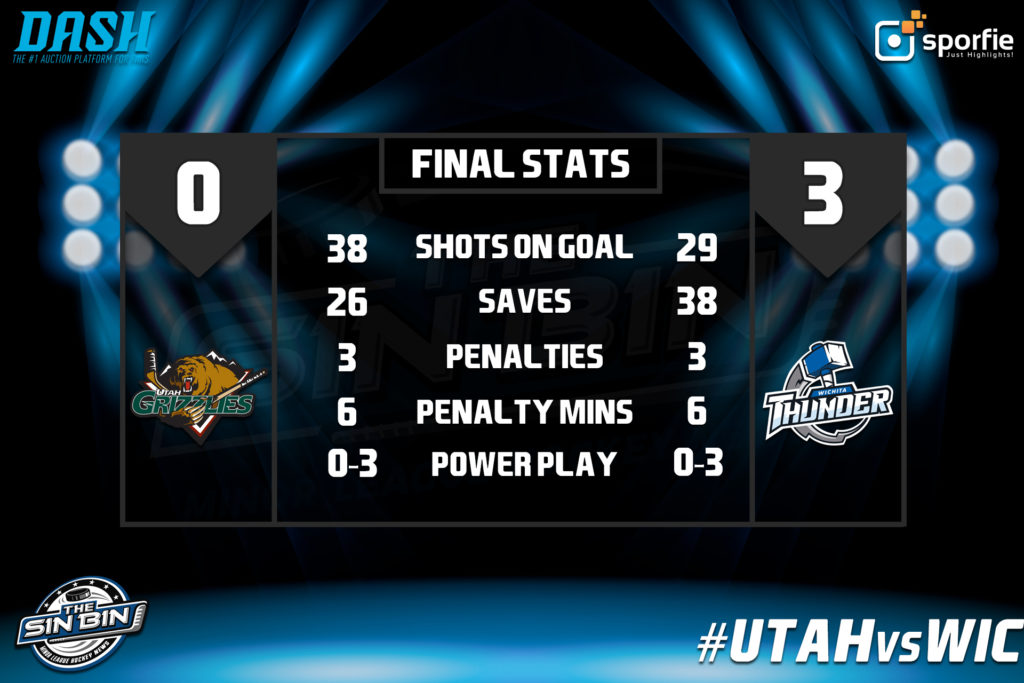 The two clubs reconvene inside INTRUST Bank Arena tonight when they conclude the two-game set.