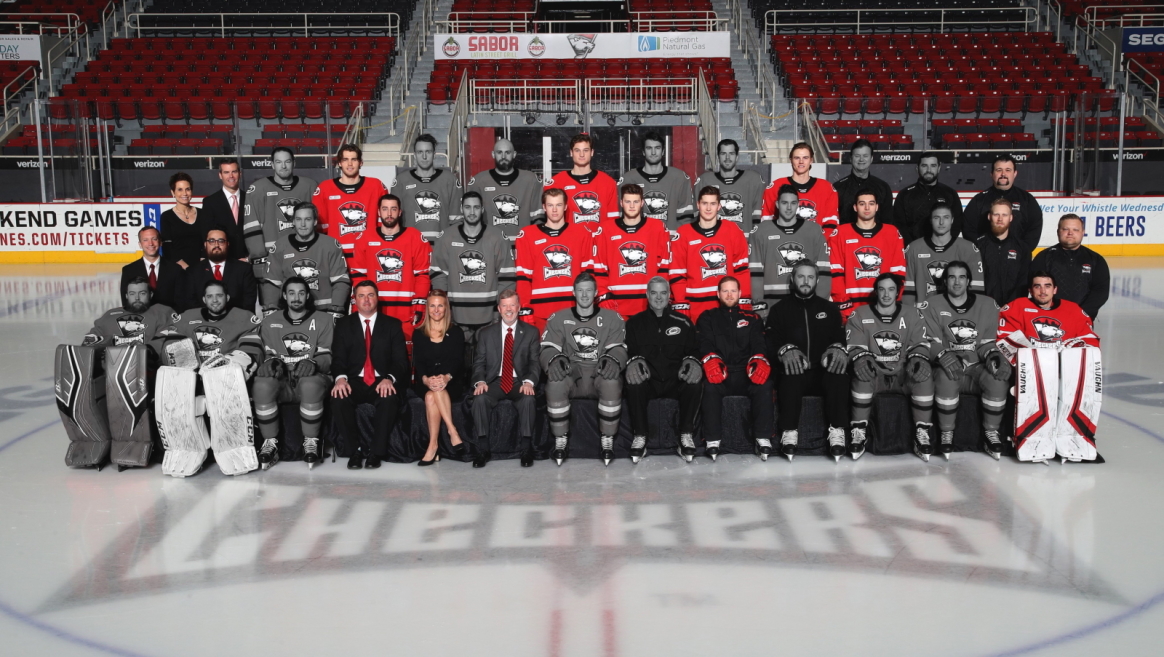 Where Have All The Checkers Gone?

Where Have All The Checkers Gone?

CHARLOTTE, N.C. – As the 2020 NHL Playoffs are well underway, it has been noted that 28 former Charlotte Checkers were sprinkled among the 24-team field. Out of those 28, fourteen remain within the Carolina Hurricanes system. The other players have either been traded or signed with other NHL teams. As the 2018-2019 Checkers were one of the most dominant the AHL has ever seen, it begs the question: Where have all the Checkers gone?

Let’s start with former captain Patrick Brown, who first signed with the Hurricanes in 2014. His leadership in Charlotte helped mold a team that saw a progression in the AHL Playoffs from 2017 — where Charlotte lost to the Chicago Wolves in the first round — to defeating those same Wolves in five games and capturing the 2019 AHL Calder Cup.

During the 2019 offseason, Brown signed with the Vegas Golden Knights and, in a bit of irony, was assigned to the Chicago Wolves where he’s an alternate captain. In Brown’s one regular season game with the Golden Knights, he tallied one goal. During his postseason debut on August 15 (Game Three of the Western Conference Quarterfinal against the Chicago Blackhawks), Brown scored what turned out to be the game winning-goal in a 3-1 victory.

Alternate captain Trevor Carrick also signed with the Hurricanes in 2014 and spent most of his time in Charlotte. On August 6, 2019, Carrick (who had 47 points — nine goals and 37 assists — in 2018-2019) was traded to the San Jose Sharks in exchange for defenseman Kyle Wood.  With only five points (3G/2A) in 14 games played for Charlotte, Wood was traded to the Detroit Red Wings in exchange for defenseman Oliwer Kaski (who amassed 20 points — 11 goals and nine assists — in 35 games played for Charlotte before the 2020 AHL stoppage).

Alternate captain Andrew Poturalski signed with the Hurricanes in 2015. Poturalski led the Checkers with 70 points (23G/47A) in the 2018-2019 regular season, tallied 23 points (12G/11A) in the Calder Cup Playoffs and netted the Cup-clinching goal in Game Five of the Finals. Poturalski also won the AHL’s Jack A. Butterfield award for Playoff MVP and had this to say about the team:

“It’s just unbelievable. Being here for three years and building this culture and having fun, we just expect to win and we went out and did it. I couldn’t be more proud of the guys in the room.”

As Poturalski was not retained by the Hurricanes or Checkers, he signed with the Anaheim Ducks. Through an injury-riddled season, Poturalski played only 17 games with seven points (2G/5A) and 8 PIMs for the San Diego Gulls.

On June 26, 2019, the Hurricanes traded standout centerman Nicolas Roy and a conditional 2021 fifth-round pick to the Vegas Golden Knights in exchange for center Erik Haula. Roy split his time playing for both the Golden Knights and their affiliate, the aforementioned Chicago Wolves, with former teammate Patrick Brown. Roy appeared in 28 contests for Vegas with 10 points (5G/5A) and 27 games with the Wolves scoring seven goals and 15 assists (22 points).

As Roy signed a two-year extension with Vegas, the Hurricanes traded Haula (and former Checker Lucas Wallmark) at the trade deadline to the Florida Panthers for Vincent Trocheck. In 41 games with the Hurricanes, Haula scored 12 goals and 10 assists (22 points) and only three points (1G/2A) in 11 games played for Florida (including the Stanley Cup Qualifying Round). In 13 games for the Hurricanes, Trocheck has also scored three points (2G/1A).

On June 24, 2019, an integral piece of the Checkers offense in Alexi Saarela and the Hurricanes’ Calvin de Haan were traded to the Chicago Blackhawks in exchange for Gustav Forsling and Anton Forsberg. Both Forsling and Forsberg spent most of the 2019-2020 season in Charlotte. Saarela was later traded to Florida in October 2019 for defenseman Ian McCoshen.

Former Checkers Head Coach Mike Vellucci, who was the Hurricanes Assistant General Manager and Director of Player Development / Hockey Operations, was not retained by the club after the Calder Cup victory. On June 28, 2019 Vellucci became the Head Coach and General Manager of the Wilkes-Barre/Scranton Penguins.

On July 8, 2019, Dustin Tokarski (a late-season Checkers acquisition in 2018-19) followed Vellucci to Wilkes-Barre/Scranton. While only playing seven games for Charlotte, Tokarski went a perfect 7-0-0 and a GAA of 0.956. He was also the winning goalie of record for the Checkers third-period comeback against the Toronto Marlies in Game Two of the 2019 Eastern Conference Finals.

On July 6, 2020, Nick Shilkey and Zach Nastasiuk signed with Wilkes-Barre to follow their former head coach after a season with the Bridgeport Sound Tigers and San Antonio Rampage, respectively.

In addition, the following players from the Checkers 2019 Calder Cup team have also parted ways with the club:

The 2019-2020 season also saw exits by Julien Gouthier and Janne Kuokkanen (who were traded by the Hurricanes).  Gauthier landed with the New York Rangers (joining former teammates Greg McKegg and Phillip Di Giuseppe) in exchange for defenseman Joey Keane. Kuokkanen was sent to New Jersey for Sami Vatanen at the trade deadline.

Alex Nedeljkovic, Jake Bean, Morgan Geekie, Martin Necas, Steven Lorentz and Hayden Fluery have remained with the Hurricanes organization and were with the team in Toronto during the 2020 Stanley Cup Playoffs.

As an announcement regarding affiliations for both the Hurricanes and Checkers weigh in the balance, it is quite possible that every red jersey in the above photo will eventually fade to gray.