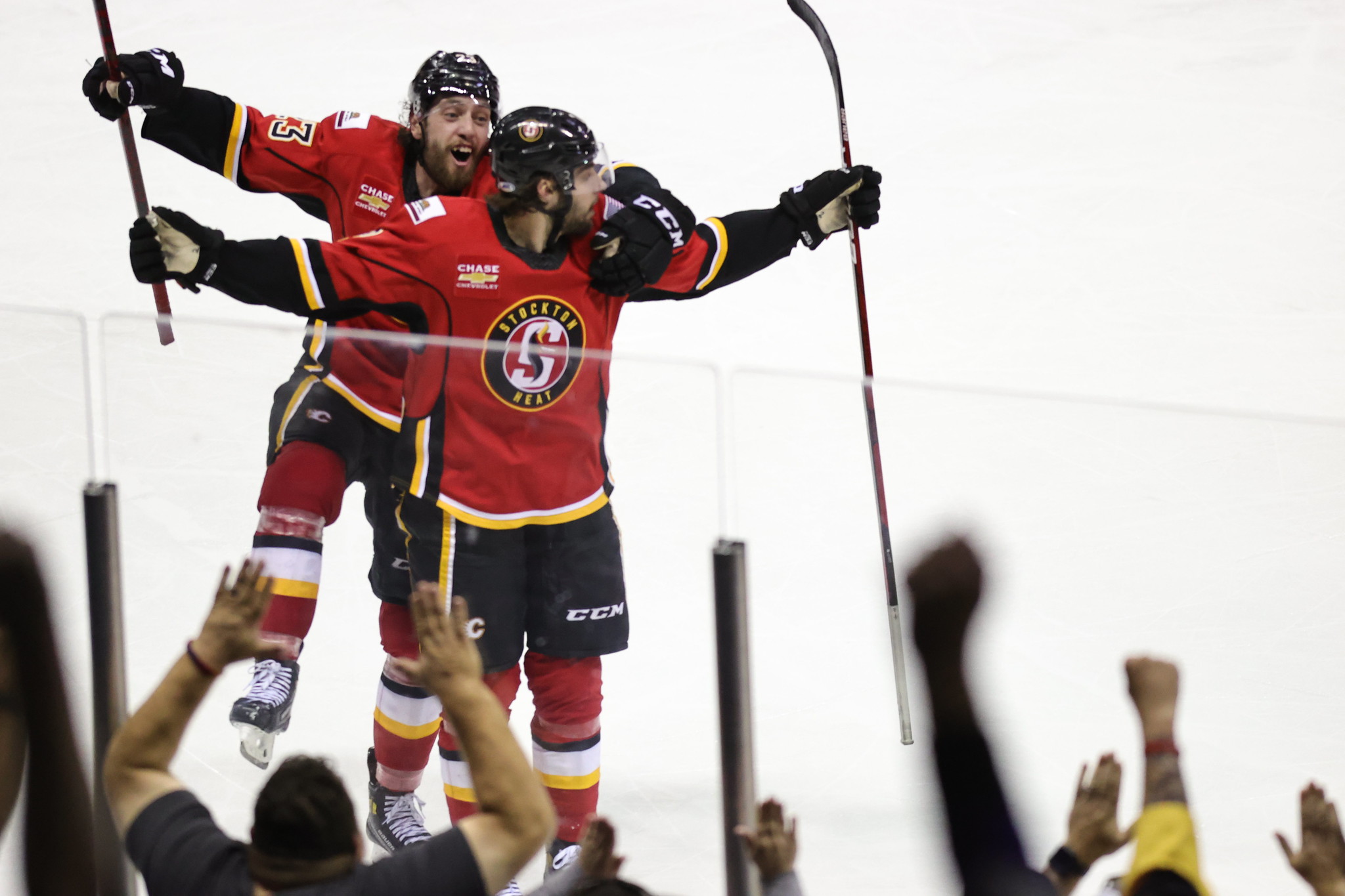 Where Will Calgary’s AHL Affiliate Play Next Year?

While the horrid currency conversion rate was not a primary factor in moving the Stockton Heat to Calgary, after two years of teams needing to recall players to the NHL rapidly, the push to move teams closer to home has become more evident.

Where Will Calgary’s AHL Affiliate Play Next Year?

CALGARY – The almighty loonie, a gold in color coin that can turn us into just that. While the horrid US dollar to Canadian loonie currency conversion rate was not a factor in moving the Stockton Heat to Calgary, two years of teams needing to recall players to the National Hockey League rapidly, along with the push to move teams closer to the NHL base, was.

The Calgary move follows the trend of American Hockey League teams moving closer to their NHL affiliate, which started with the western land rush in January 2015.

The Calgary franchise still has some logistics that need to be figured out.

Maybe one of the only, if not the biggest, issues right now is where they will play. In Calgary, the options are not as great beyond the Scotiabank Saddledome, which looks to be a prime contender.

The Winsport Arena is an option for the 2022-23 season. The arena has been home to some previous Hockey Canada events and a laundry list of curling events during the height of the COVID-19 pandemic. The facility also hosts the Canadian Elite Basketball League through the winter and the Calgary Inferno during its tenure with the Canadian Women’s Hockey League. The downside to the arena is that it can only seat 3,000 fans, which is the lowest of any AHL team.

Transformation: From an ice sport arena to badminton arena.
Winsport Arena is ready for Canada Open!

Another option that could be explored is the Seven Chiefs Sportsplex, just on the outskirts of Calgary and a 30-minute drive from the Flames’ home; the arena hosts Mount Royal University but can only host a mere 2,000 fans at capacity.

The WHL’s Calgary Hitmen had to play two games at the Seven Chiefs Sportsplex due to scheduling constraints at their home base and an entire season in 2020-21.

The Max Bell Center is also on the list of maybes, with a hosting capacity near 2,100.

With the arenas in the surrounding area, it would not be shocking to see the club take root in the Scotiabank Saddledome, where they played in the 2020-21 season under an all-Canadian division.

The Saddledome had to carefully schedule its events during this winter season; most NLL and WHL games are played on weekends; adding in a typical weekend-heavy AHL team would cause even tighter scheduling for the club.

The arena was accidentally double-booked at one point during the season, forcing the Hitmen to play in another arena.

How is that going to work when a @WHLHitmen game is scheduled that night at home as well?

One of the big reasons the team changed locations was most likely its location – in the same town. The Flames organization followed suit of their NHL rivals by moving their team closer following the arrival of the Abbotsford Canucks.

There is no word yet on whether it will change the division format, but AHL President Scott Howson noted in February about the Coachella FireBirds.

“We’ll go with a 10-team Pacific Division, provided that they have the number of playoff qualifiers that suits them.” Howson said earlier this year, “Right now, that’ll be seven.”

Bakersfield is now the only team in the AHL’s Pacific Division that doesn’t have an NHL squad less than two hours away.

We are still waiting to hear on the team’s name will be or what their jersey will look like for next season.