Where Will the IceHogs Finish in the Central Division?

The Rockford IceHogs have their bags packed for the Calder Cup Playoffs. Where they fit into postseason action is still a matter to be decided. 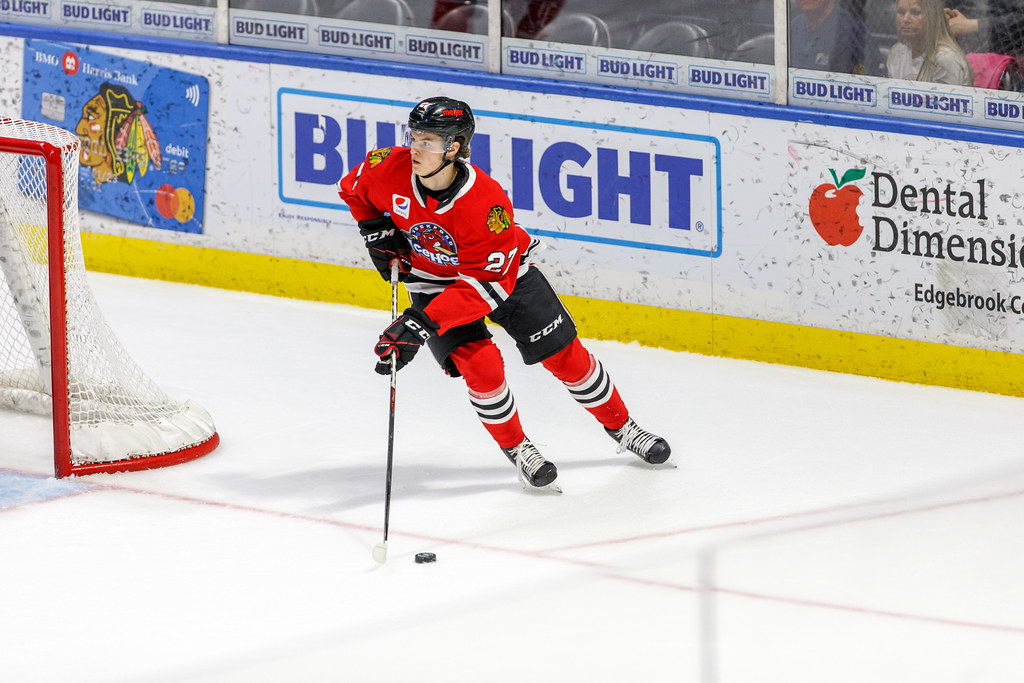 ROCKFORD, Ill. – The Rockford IceHogs have their bags packed for the Calder Cup Playoffs. Where they fit into postseason action is still a matter to be decided.

Rockford (36-28-4-1) is in fourth place in the Central Division standings, with an outside shot at overtaking Milwaukee for third place. The key for the Hogs will be their last matchup with the Admirals on Friday night.

If Rockford can earn a regulation win in Milwaukee, the IceHogs can take third place with either a win over Iowa Wednesday in Des Moines or at the BMO Harris Bank Center Saturday night against Chicago. If they manage an overtime or shootout victory, Rockford will have to win both of those remaining games.

That could prove to be difficult.

Iowa may be playing for its playoff lives Wednesday, depending on how the Texas Stars fare in Manitoba tonight. The Wild might be eliminated by the time they host the Hogs. They also could be in a position to punch their postseason ticket with a win.

A fourth-place finish for Rockford will result in a play-in series with the division’s fifth seed; that looks like the Stars at this point. Winning the play-in sets up a best-of-five series with Chicago. Gaining third-place puts Rockford in an opening-round series with the Moose. The season series with Manitoba is 5-3 in favor of Rockford, who beat the Moose 5-3 to punch its ticket to the postseason Saturday.

Chicago will be the top seed in the Central regardless of how they finish. They have been the best team in the division for the bulk of the regular season. However, they may be hoping for Rockford to wind up in the third spot in the standings. The IceHogs have defeated the Wolves eight times in eleven meetings this season, including Tuesday’s 4-3 win in Rosemont.

Avoiding the best-of-three play-in is probably in Rockford’s best interest. Will the IceHogs make the push past Milwaukee?

The answer lies ahead.

The key development for Rockford heading into this stretch is the loss of veteran forward Brett Connolly with a left knee injury. The team announced Saturday that Connolly will be out for four to six weeks. It’s unlikely we see him in action with the Hogs again this season.

Forward D.J. Busdeker is nursing a sore shoulder but could possibly return for the playoffs. However, it’s Connolly’s leadership and offensive punch (17G, 18A) that is going to be tough to replace.

With his last appearance being in Manitoba on April 16, Rockford is 3-2 without Connolly. The IceHogs have managed to score without his presence, which will have to continue over the next couple of weeks.