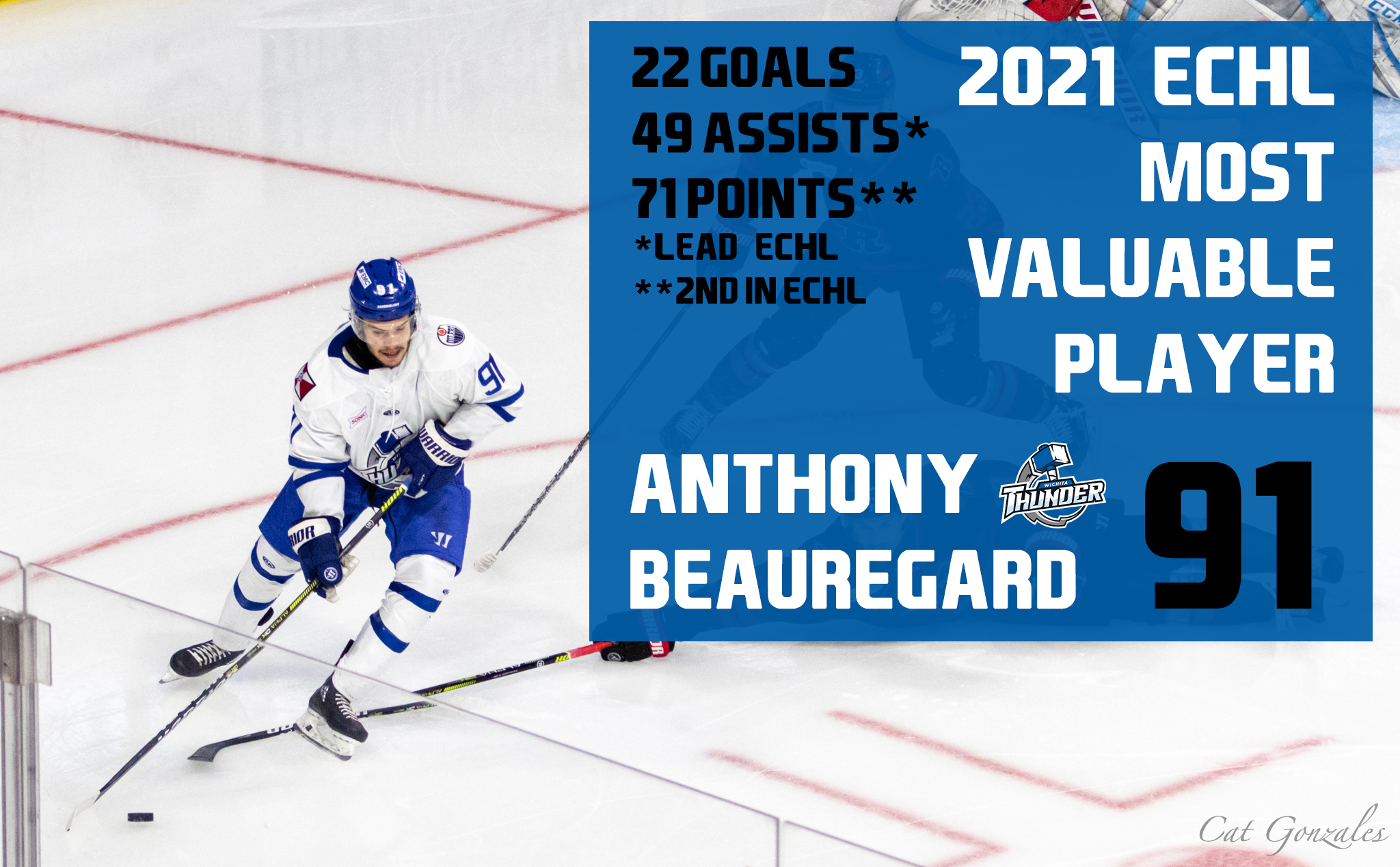 WICHITA, Kan. – After an impressive season that saw him climb the scoring ranks and post a points-per-game average of 1.15, the ECHL has named Wichita Thunder forward Anthony Beauregard its league MVP for the 2020-21 season.

The Most Valuable Player award is presented annually to the player selected to be the most valuable to his team as determined in a vote of ECHL coaches, broadcasters, media relations directors, and media members.

Named to the All-ECHL First Team last week, Beauregard led the ECHL with 49 assists, ranked second with 71 points, and was tied for third with a +27 rating while he was tied for eighth with five game-winning goals. Beauregard appeared in 62 of Wichita’s 71 games in the regular season with the Thunder posting a 37-17-8 record with him in the line-up and going 4-5-0 in the nine games he missed.

The Thunder forward is the first Thunder player to receive a league MVP award during the team’s seven-season stint in the league.

Wichita and Fort Wayne renew acquaintances in game three of the Western Conference Semifinals tonight in Fort Wayne. Join me & Matthew Will tonight at 6:25 pm CT on The Sin Bin app for The Sin Bin pregame show.