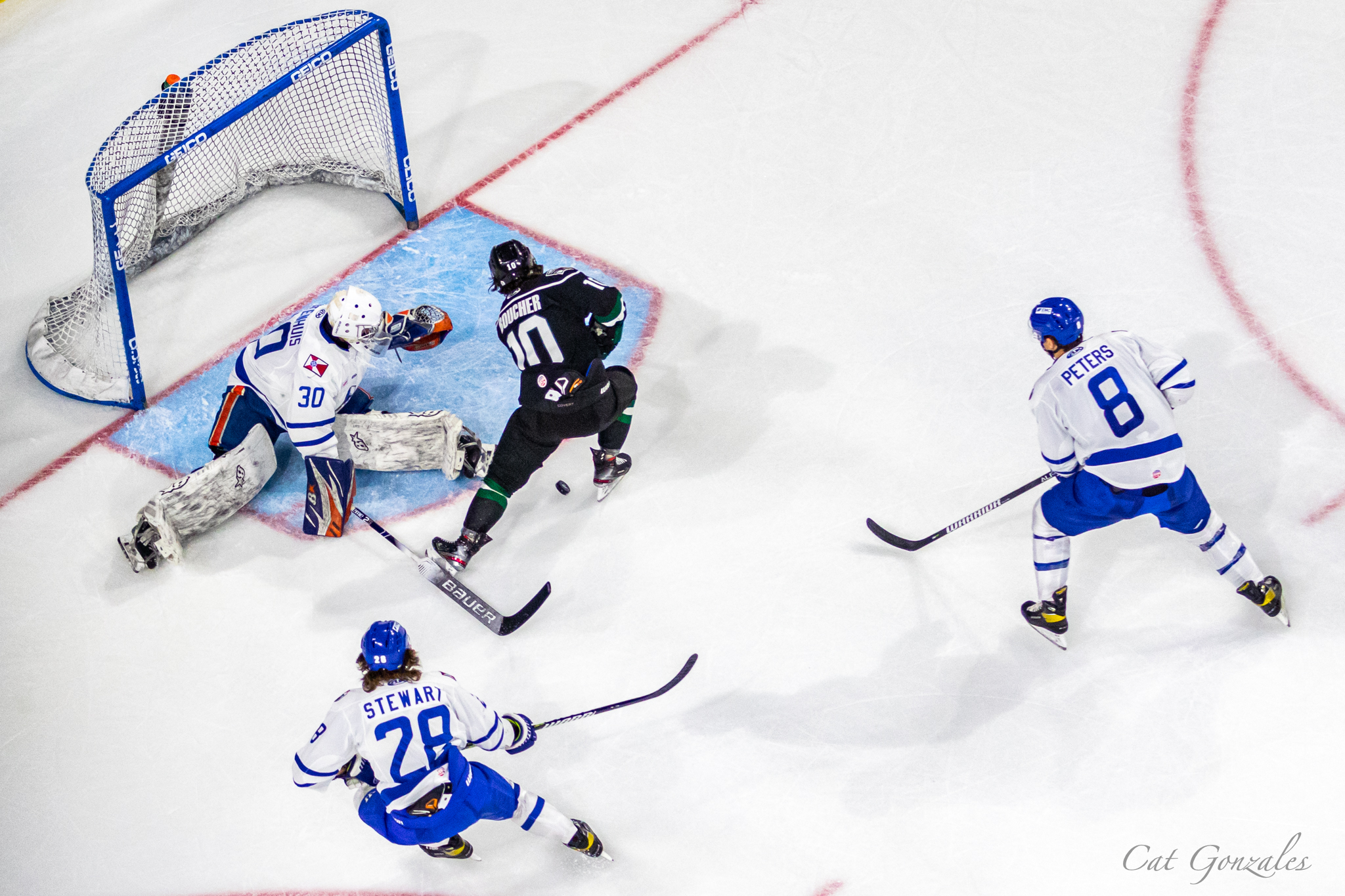 WINNIPEG, Man. – One of the big questions heading into the offseason for Wichita would be whether they would still have the services of defenseman Dean Stewart for next season. After having a bite at the AHL apple in late May with the Bakersfield Condors, there was little secret the 23-year-old defenseman would be looking for an AHL deal this offseason.

Tuesday, Thunder fans got their answer.

The Manitoba Moose announced they have signed Stewart to a two-way deal for next season. The Thunder retains his ECHL rights, meaning he would be sent down to Wichita if he was assigned to the lower league by the Moose. The signing is a homecoming for Stewart, who hails from Portage la Prairie, Manitoba, 53 miles west of Winnipeg.

He joins a defensive corps that was deep in 2020-21, with a total of 16 defensemen who dressed for the team last season. So far this offseason, the Moose have announced four defensemen; Trent Bourque, Johnny Kovacevic, Jimmy Oligny, and Hayden Shaw. He will add speed on the back-end, as well as playmaking ability both even strength and on the man-advantage. Additionally, his defensive prowess improved once he acclimated to the ECHL game and he could be relied on in key situations for the Thunder last season.

Stewart’s rookie season was one to remember. In addition to the point-streak and callup to the AHL, he was named to the ECHL All-Rookie Team, All-ECHL Second Team, and finished second for ECHL Rookie of the Year. He was also named as the team’s Defenseman of the Year.

After Patrik Parkkonen‘s departure last season, the fleet-footed defenseman excelled, putting together an 11-game point streak (15 points total; 2G, 13A) that spanned three weeks from mid-April into early May. In all, Stewart played in 53 games last season, piling up 36 points (6G, 30A) and was a plus-22. The 30 assists were tied for fifth-best among defensemen, while the plus-22 rating finished third-best among league blueliners.